Mr. Ferdig has been teaching at Otsego since 2003. He taught 7th Grade World History for 3 years, then moved to the high school where he remains. Mr. Ferdig has in the past taught Global Studies (Freshmen) and Contemporary Issues (Juniors & Seniors), currently he is teaching U.S. Studies and AP U.S. History to Sophomores. He also has been coaching basketball in the district for the past 14yrs. and football for the last 13yrs., all at various levels. During his time time coaching at the Jr. High level he also served as the Jr. High Athletic Director for 4yrs. Currently he is the Special Teams Coordinator, WR and DB position coach for the Varsity Football team as well as the JV Girls Basketball coach.

Mr. Ferdig attended Owens Community College for 2yrs. and graduated from BGSU in 2003 with a Social Studies Intergraded Teaching license. Upon completion of his undergrad degree he served as the Public Relations Officer for the Mayor of Bowling Green as an internship in the Spring & Summer of 2003. He completed and received his Masters in School Administration in 2009. Mr. Ferdig has one younger brother, two nephews and loves spending time with them as well as his mother. He also will be married in Sept of 2016. In addition to golfing he likes to attend University of Michigan football or basketball events. 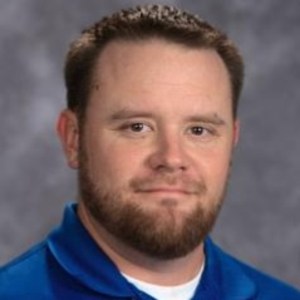